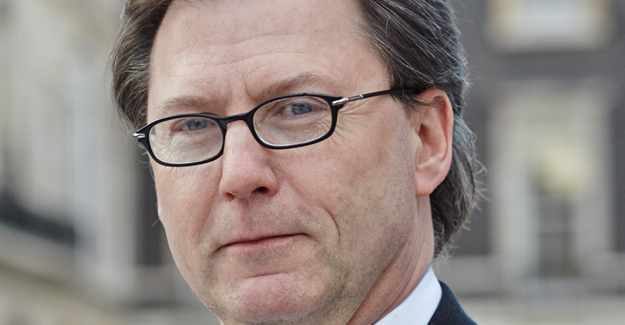 Steve Gooding is to become the new director of the RAC Foundation.

He will succeed Professor Stephen Glaister CBE. Steve is expected to take up the post in May 2015 when Professor Glaister will retire.

Steve has been Director General of Roads, Traffic and Local Group at the Department for Transport since 2013.

Steve joined the Civil Service in 1983 and moved into the central transport department in 1988 where he has worked ever since except for periods spent in the Cabinet Office, the Government Office for London and the Office of the Rail Regulator.

During his time at the Department for Transport (and its predecessors) Steve has:

Steve is currently a vice president at the Chartered Institute for Logistics and Transport.

“I have been aware of the RAC Foundation and its excellent research work for many years, and to have the opportunity to join the organisation is a great opportunity, a privilege and a considerable responsibility building on the work of my predecessors.

“I have long been fascinated by transport and travel, and I am very conscious of the fundamental part mobility plays in all our lives, not least those of the UK’s 38 million drivers.

“This understanding comes not just from my professional life but also personal experience. As the father of teenage sons and with an elderly mother who wants to retain her independence I understand the safety and economic implications of making access to personal transport widely available.

“Some of the biggest political and social debates touch on transport including climate change, public health, infrastructure provision, and the funding and financing of public services. I am looking forward to leading the Foundation’s contribution on these issues.”

“We are delighted Steve Gooding has agreed to be our new director. His expertise, knowledge, experience and policy insights in the transport field are second to none and he will be a great successor to Stephen Glaister who has steered the Foundation so admirably over the past seven years.

“On behalf of the Foundation’s board and staff I would like to thank Stephen Glaister for his outstanding leadership of the Foundation, and for the rigour and illumination he has brought to the transport debate.”

Steve Gooding has a degree in politics from the University of Durham. He holds both a full driving licence and a full motorcycle licence. His first car was a Mini.

A photo of Steve is available on request.