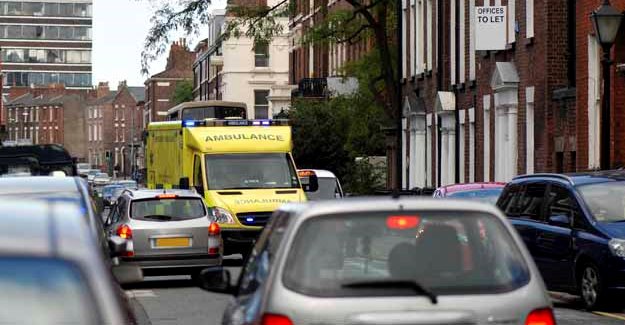 The figures are revealed in Road Safety Since 2010 published by the RAC Foundation and PACTS, and compiled by PACTS and Road Safety Analysis.

The report also highlights how despite the general downward trend in death and injury on the roads over the past five years, progress has varied dramatically across the UK.

Compared with the 2005-9 average (the government’s baseline for monitoring progress) by 2013 there had been the following reductions in the number of people killed or seriously injured (KSI):

While car occupant safety has improved markedly, the situation amongst vulnerable road users (pedestrians, cyclists, motorcyclists) has been less good. Although deaths in this group have declined they are now a larger proportion of all road deaths, rising from 46% in 2005-9 to 50% in 2014. The absolute number of cyclists seriously injured has risen by 42%. This might partially be explained by the rise in the numbers cycling.

“Because of a lack of central focus, and faced with swingeing budget cuts, English councils have not prioritised road safety and have seen a lot of experienced staff leave.

“We also need to see more systematic sharing of best practice. Why has Scotland managed to achieve a decline of nearly a third in those killed or seriously hurt on the roads over the past five years while Wales has only managed a fifth of that?

“Cars have become much safer, but this has predominantly benefitted car occupants and today half of fatalities are amongst vulnerable road users such as cyclists and pedestrians.

“We should be proud of our long-term road safety record, but new impetus is needed to protect it. It was a Conservative transport minister who set a challenging casualty reduction target in 1987. We hope today’s Conservative government will be persuaded to follow the same successful path.”