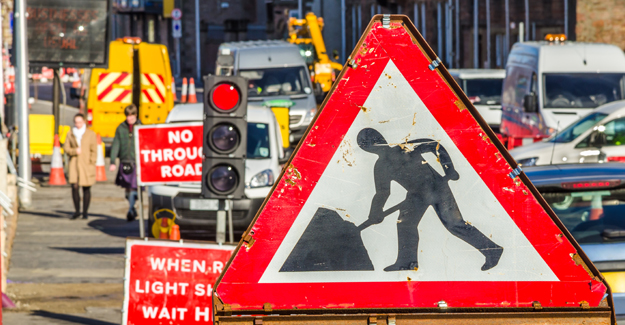 The government has announced plans to fine utility companies and councils up to £5,000 for phantom road works where there are restrictions are in place but no work is going on or has in fact finished.

The proposals are aimed at cutting congestion and would initially apply to A roads. Ministers are looking at:

“Road users see red when they come across sets of temporary traffic lights that are stopping traffic but there are no workmen in sight or the work has actually finished.

“Ministers can’t stop utility companies digging up the roads but they can make firms pay the price if the work is not done swiftly and they do not tidy up after themselves.

“The road network is used relentlessly 24/7 and every one of the two million sets of road works carried out annually to repair pipes and lay cables causes disruption. Anything that can be done to keep the tailbacks to a minimum will be welcomed by Britain’s 37 million motorists.”

According to the annual ALARM survey utility firms alone dig up the roads in England and Wales more than 2 million times annually.