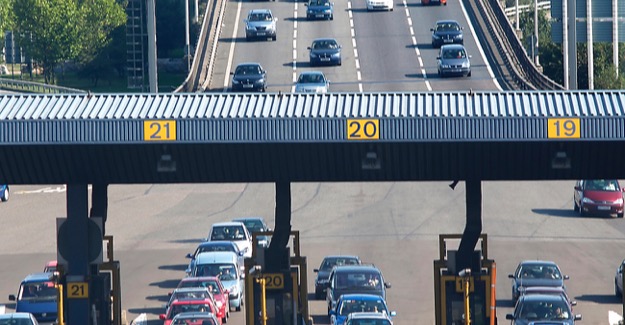 The Highways Agency has announced an ‘informal consultation’ on the next stage of upgrading the A14 in Cambridgeshire between Cambridge itself and Huntingdon.

The route is expected to be tolled and while tariffs have yet to be set they “…could be between £1.00 and £1.50 (2011 prices) for cars and other light vehicles, and around double this amount for heavy goods vehicles. It is anticipated that charges will apply between the hours of 0600 and 2200, seven days a week.”

“We support some form of national road pricing to tackle rising congestion and carbon emissions but a piecemeal approach to tolling – on top of existing taxation – risks creating a postcode lottery of charges. We are not against this innovative approach to funding the A14 but the challenge for government is to show that tolling is a two-way street: not only does it raise badly needed cash for infrastructure but it also gives drivers significantly better and quicker journeys. The charges need to be regulated and proportionate. The danger is that you create an M6 toll road situation where high prices have deterred motorists from using it.

“The big disappointment is that here we are with yet another consultation. The need for this road is not in doubt and plans have been around for years if not decades. The easiest and cheapest solution would have been to build this scheme years ago using public cash. That we are still talking about something so vitally important is a shame.”

Accoding to the Highways Agency:

“We intend to submit a Development Consent Order application for this scheme in late 2014.

“Before an application can be made we will carry out a series of consultation exercises with the public and community, local businesses, local authorities and others with an interest in the scheme. This first stage, in September and October 2013, seeks to establish a “preferred route” for the scheme. Later stages of consultation, to take place in 2014, will help us refine our plans and develop a detailed scheme proposal.

“The Planning Inspectorate will conduct a formal examination of the scheme during 2015 and will invite further representations from the public as part of this process. The examination process is expected to take around six months, following which a report will be prepared and submitted to the Secretary of State, recommending whether or not the scheme should be built.”