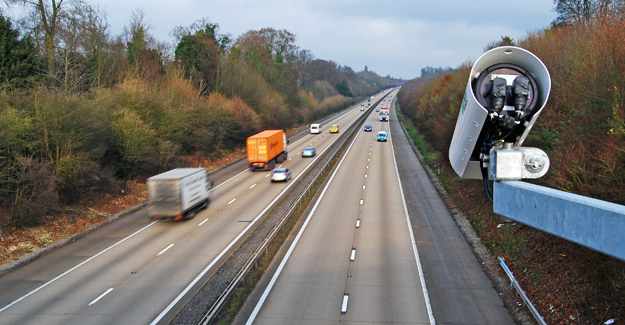 No longer a grey area. All speed cameras to be high vis

The government has announced that all speed cameras on the strategic road network will be painted yellow by October 2016.

According to the Department for Transport there are approximately 200 camera sites on England’s motorways “some of which contain multiple cameras.” These cameras should already be accompanied by signs to alert drivers of their presence. Now they will also be painted yellow.

“We are on the side of honest motorists. I’ve always been clear that cameras should be visible and get used for safety rather than revenue raising. This move is about applying common sense to our roads. Speed cameras should make journeys safer rather than lead to dangerous braking. I’m delighted Highways England have agreed to meet our timetable to achieve this.”

“This literally gives clarity to the matter. If speed cameras are to be universally accepted as road safety tools and not revenue-raising entrapment devices they should be clearly visible. Cameras must surely be about securing compliance, not catching people out, they can’t do that if they blend into the scenery.”

The move follows a review into the issue launched by the former transport minister John Hayes at the beginning of 2015.