Average speed cameras on the rise31 May 2016 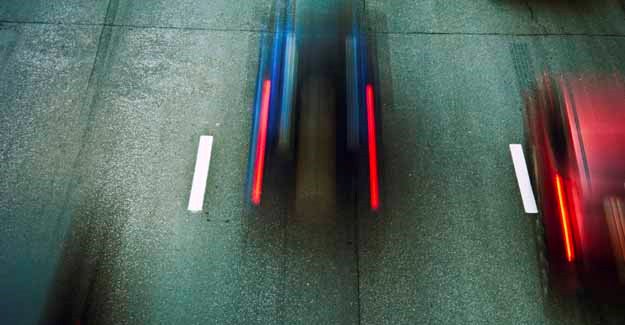 More than 250 miles of roads in Great Britain are now being regularly monitored by average speed cameras.

Research for the RAC Foundation by Road Safety Analysis has identified at least 50 stretches of road which are permanently managed by the cameras with a total length of 256 miles under observation. Average speed cameras are also often used on a temporary basis to manage traffic through roadworks but these are not included in this study.

The 50 stretches range in length from just a quarter of a mile over Tower Bridge in London to 99 miles on the A9 between Dunblane and Inverness in Scotland.

Many of these stretches of road are broken down into subsections (79 in total) and will be monitored by several sets of cameras.

The first stretch of road to become permanently managed by average speed cameras was on the A6514 Ring Road in Nottingham back in 2000.

A full list of those stretches of road in Great Britain with cameras follows at the end of this press release.

(There is also a single stretch of road in Northern Ireland managed by Average Speed Cameras but this is not included in our analysis.)

The next part of the work Road Safety Analysis is doing for the RAC Foundation will include an assessment of the cameras’ effectiveness in terms of reducing casualties by comparing pre-installation data with post installation data.

“Unsurprisingly, the indications are that compliance with the speed limit through stretches of road managed by average speed cameras is high, but the acid test is whether accident and casualty rates have also fallen. That is what the next part of this research project should tell us.

“Rightly or wrongly many motorists perceive the current ‘spot’ speed cameras to be more about raising revenue for the Treasury than saving lives, but average speed cameras have greater potential to bring drivers on side. Clearly a high compliance rate means a very low penalty rate and hence both road safety and drivers wallets could benefit from greater use of these systems in appropriate places.”

“One reason for the increase in usage has been the reduction in how much it costs to install permanent cameras – it’s now typically around £100,000 per mile, compared with around £1.5m per mile in the early 2000s.

“Some of the old fixed speed cameras have been around for 25 years and they are based on 35mm film. They are coming to the end of their life and are starting to be replaced, in some cases with average speed camera systems.”

The table below gives the full list of average speed camera sites in Great Britain as obtained for the RAC Foundation by Road Safety Analysis. There were cameras installed on the A46 at Cotgrave in January 2006 but these were later removed. There might be other sites where average speed cameras are permanently installed but have not been revealed to the researchers. Although not part of this study there is a 6.25 mile stretch of the A2 between Bangor and Holywood in Northern Ireland that is monitored by average speed cameras.