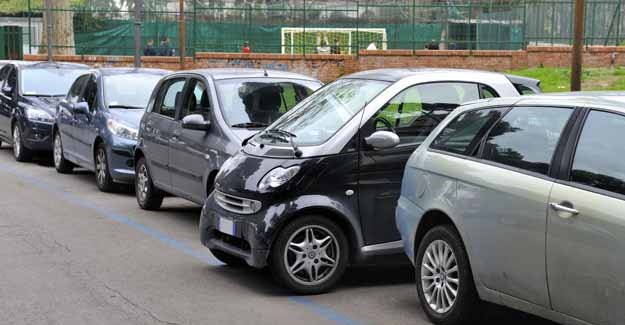 Barnet Council in London acted unlawfully when it increased the cost of residents’ parking permits to raise revenue.

In a ruling at the High Court in London, Mrs Justice Lang said the 1984 Road Traffic Regulation Act “is not a fiscal measure and does not authorise the authority to use its powers to charge local residents for parking in order to raise surplus revenue for other transport purposes”.

She went on to say that Barnet had misinterpreted the law when it concluded that it was lawful to “budget for a surplus (of parking charges) at any level which it considered appropriate in order to generate income for other transport purposes which it wished to fund.”

“This is fantastic news for drivers. This decision should never have been in any doubt. The law is explicit – parking charges are about managing congestion not raising revenue. If there is a surplus collected then there are strict rules on what it can be used for. The question is: why did Barnet ever think it had an arguable case to pick on one group of residents to shoulder an additional tax?

“We have every sympathy for the financial position councils find themselves in as they are starved of cash by cental government, but we have no sympathy for attempts to make up the shortfall by arbitrarily picking on drivers.”

The RAC Foundation had previously written to one of those bringing the case against Barnet offering its advice based predominantly on a 2010 report for the Foundation by Dr Chris Elliott.

“In 2009, the Foundation published ‘The Car in British Society’ which revealed just how much cars are an integral part of the way we live in the twenty-first century.  The study which can be accessed on www.racfoundation.org  explains how the present level of car ownership has developed over the past fifty years and has brought enormous advantages to people and to the economy. Cars allow people all over the country increased choices about where they live, work, are educated and where they spend their leisure time.

“The Foundation appreciates that government is committed through the Climate Change Act to a wide and prolonged programme of action to reduce greenhouse gas emissions and so fully supports eco-driving and the development of car technology to reduce oil consumption; and actively promotes alternative models for transport and car ownership. However, even the greenest of cars needs to park, and to do so at each end of its journey.

“In recent years, local authority parking charges and the way in which they are applied have received massive public and media attention. This has led to increasing frustration amongst motorists in general, and residents who pay for on street parking in particular. Last year, as a result of calls from the public, the RAC Foundation commissioned Dr Chris Elliott, a barrister, to report on the legality of local authority parking charges. Dr Elliott’s report is attached and can also be accessed on the Foundation’s website.

“In his report, Dr Elliott said the law clearly stated that on-street parking fees and penalty charges can only be set with the intention of “relieving or preventing congestion of traffic” and covering the cost of administering the schemes.  He explained strict rules state that any surplus, with only minor exceptions, must be spent on contributing to the cost of off-street parking, public transport, road improvements and environmental improvements.

“Councils should not set out to raise money for these or any other purpose.

“The RAC Foundation believes local authorities must resist the temptation to raise money from parking, or else they will be breaking the law and leaving themselves open to legal challenge. The Foundation would also like point out the unfairness of charging one group of residents  – for no other reason than they wish to pay to park on the street – for the upkeep of roads or other facilities, which benefit and are used by the whole community. The result of the challenge to an increase in CPZ parking charges in Barnet will be significant to councils and their residents nationwide. The number of CPZs is increasing and so the number of people with an interest in this particular case.

“I understand this letter may be presented as evidence in a legal challenge to parking charge increases.”