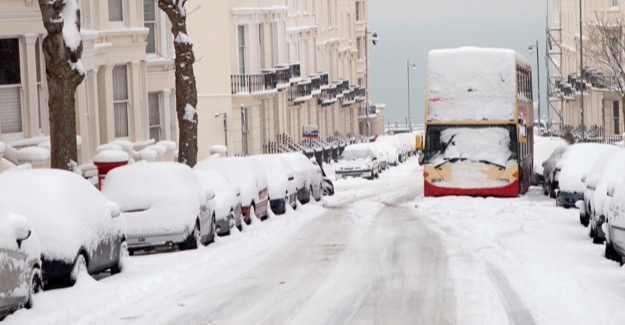 Only a fifth (19%) of Great Britain’s 28 million cars are put away in a garage each night.

Analysis by the RAC Foundation shows that half (53%) of all cars are left on the drive and a quarter (25%) are parked on the street. A minority (3%) are left elsewhere.

Yet ten million households (39% of the 26 million total) have access to a garage.

The proportion of cars being parked in a garage has fallen by about a third in a decade.

“Given that those people with garages are most likely to be car owners, that means there are a lot of garages not being used for what they were intended.”

The reasons for the fall in garage usage include:

•       Garages increasingly being used for the storage of other possessions

•       Modern cars are more reliable, more resistant to rust and more secure, meaning people believe it is safe and practical to leave them outside

•       Garages being converted into extra accommodation

“Many of us seem to be using our garages to store the things we do not want in our houses or simply do not have room for. After Christmas there will be a rush to put unwanted presents out of sight and out of mind. In the old days that might have meant heaving them into the loft or shoving them under the stairs. Today it is more likely to mean dragging them out to the garage.

“While modern cars are a lot more reliable, we should not take for granted the ability to come out of the house, turn the ignition key and drive off. The extremes of weather we have had over the past few years, and indeed the past couple of weeks, have resulted in big demands on the home-start services offered by the breakdown companies. Perhaps it is time to reconsider using the humble garage for what it was intended.

“Where people can keep their un-garaged cars on their own property there is not a problem for society, but when they are left on the roads this can cause safety and congestion issues. These concerns need to be addressed when planners make rulings on how much on- and off-street parking should be provided as part of housing developments.”

Analysis by the RAC Foundation shows that the vast majority of Britain’s ten million garages are for one vehicle only. Allowing for those which can accommodate more than one vehicle there are probably eleven million garage parking spaces in the country.