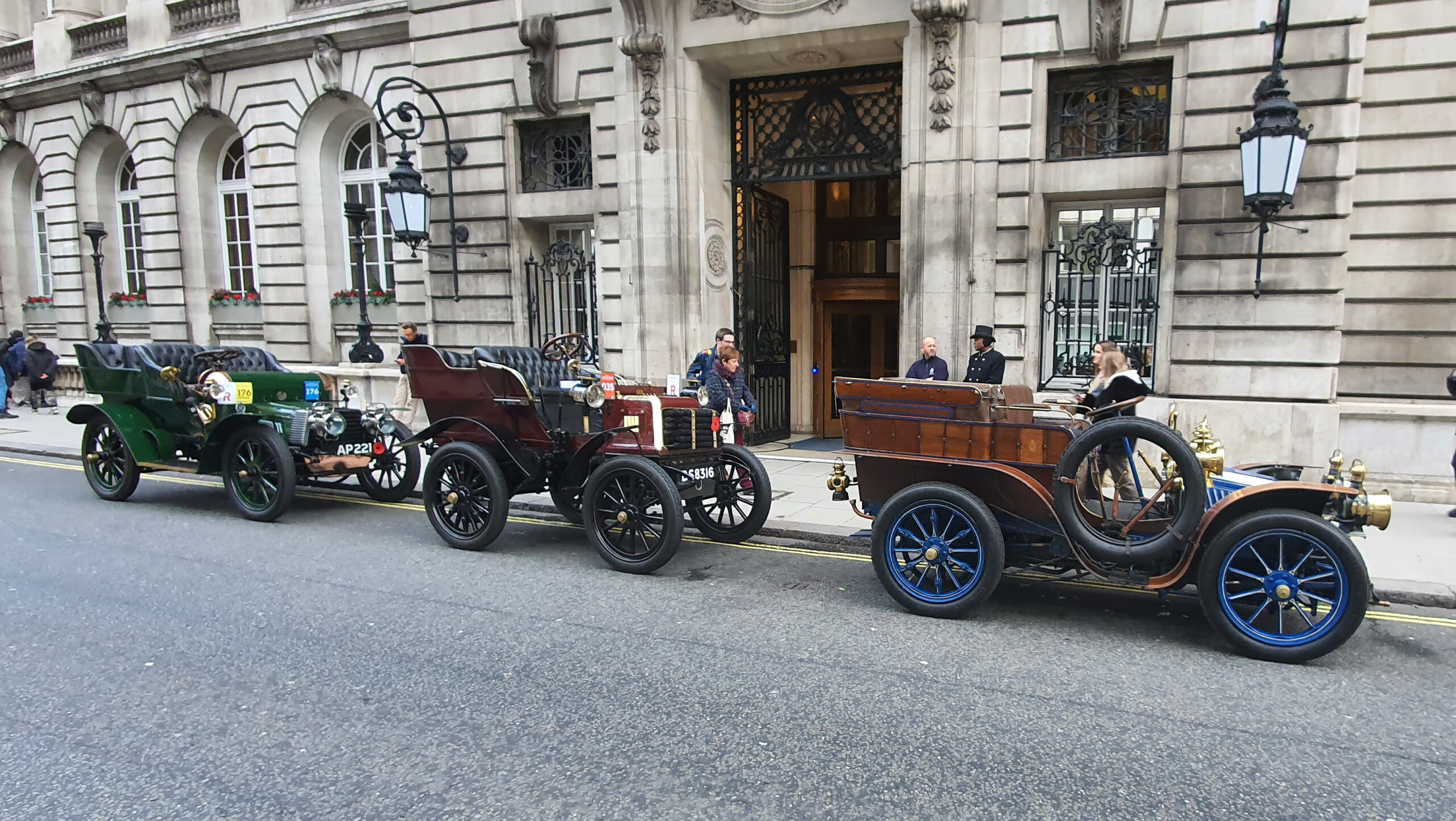 Three veteran cars built at the turn of the 20th century have travelled from the capital to the south coast while using the latest in connected technology in what is believed to be the world’s first connected veteran car event.

The 1903 Daimler, 1901 Mors and 1900 Daimler were among the 350 cars which took part in the RM Sotheby’s London to Brighton Veteran Car Run on Sunday 7 November, covering 60 miles in the process.

The 1903 Daimler, 1901 Mors and 1900 Daimler were among the 350 cars which marked the 125th anniversary of the first Emancipation Run, by travelling the 60 miles from Hyde Park in London to Brighton’s seafront on Sunday 7 November.

They were celebrating the passing of the 1896 Light Locomotives on Highways Act, which raised the national speed limit to 14mph and effectively allowed motor vehicles to develop as a practical means of transport.

The vehicles were fitted with new apps that integrate several services in one place – sharing their location and status with organisers, receiving navigation specific to the official route and also in-vehicle route information such as roadworks, congestion and safety messages – thus becoming the world’s oldest connected cars.

The project was the brainchild of connected vehicle expert and car enthusiast Andy Graham of White Willow Consulting, who said:

“We wanted to show that you don’t need the latest vehicles with the latest head units and dashboard displays to benefit – anything that moves with a smartphone can be connected.”

The pathfinder was sponsored by the RAC Foundation with assistance from KL Systems, Eloy, Enterprise Rent-A-Car and the Transport Technology Forum.

“We’re all about the future at the RAC Foundation and this demonstration showed that any vehicle can benefit from the technical advantages connectivity brings,” said Steve Gooding, Director of the Foundation, who added that the project was not just a test of connected capability but had a practical value to the participants taking part in the run.

“Connectivity is really useful for the drivers and the navigators to know what’s going on along the route ahead, equally it’s really important for the organisers to know where the vehicles are and what’s going on with them.  Our hope is that what we’ve learned from this pathfinder will show the way for adopting this technology for the Veteran Car Run and other similar events, and more widely for vehicles of all ages.”

The 1903 Daimler’s driver Duncan Wiltshire became the first driver to finish the London-to-Brighton Veteran Car Run in a connected vehicle.  “The messaging did exactly what it was intended to do,” he said. “Because there weren’t any great dramas on the route it didn’t make us make any great changes, but it was comforting to know that we were on the right route and that someone out there was looking out for us.”

Data from modern connected vehicles also helped, with data from One.Network and INRIX used to monitor roadworks and congestion for messages sent to the veteran cars.  The lessons learned will be fed into  wider activities promoting connected vehicles by the Transport Technology Forum.

A full report on the technology and the run will be published by the RAC Foundation shortly.