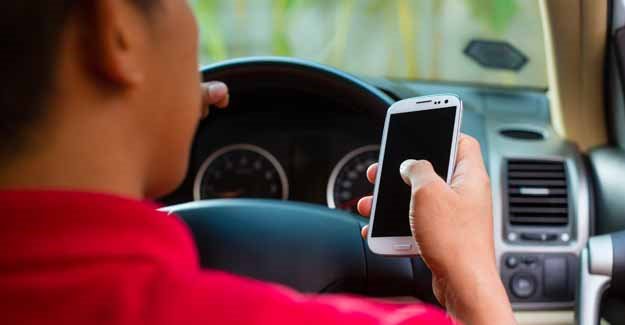 A leading member of the Police Federation of England and Wales has suggested that motorists who use their mobiles illegally at the wheel should have them confiscated.

“The legislation is still lacking for these offenses, and does not take into account the use of phone watches. As technology is rapidly progressing, I fear our legislation is already behind the times.

“Is the seizure of mobile phones or their sim cards – along with an education system – the way forward, combined with fines? I don’t know, but it’s a question worth asking.”

It is illegal to use a handheld phone while driving, with those falling foul of the rules due to face increased penalities of a £200 fine and six points on their licence from 1 March 2017.

Twenty two people were killed and 99 seriously injured in accidents on Britain’s roads in 2015, where a motorist using a mobile was a contributory factor.

“For people whose smartphone has become essential to their lifestyle the risk of confiscation could be a bigger deal than a fine or points on their driving licence.

“It would be a massive step to give police the power to mete out summary justice in this way.

“But with far too many people still flouting the law maybe it will take something as blunt and brutal as ‘you use it, you lose it’ to get the message across.”

The call came on the same day that the transport element of the British Social Attitudes Survey 2015 was published. It said that: