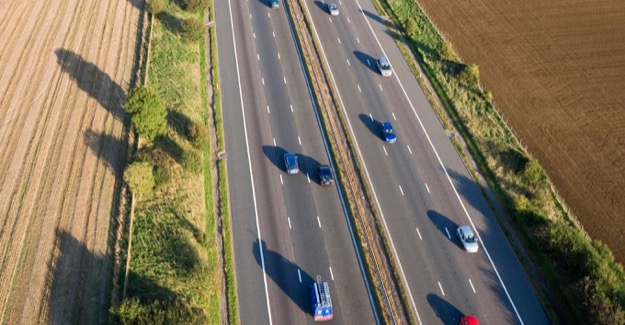 “Overall we welcome today’s commitment to long-term transport funding, but capital expenditure on our strategic roads is not yet back to the levels seen before the cuts started in 2011 and the reduction in resource spending risks exacerbating the pothole plague.

“You can’t kick-start an economy with back-loaded measures. Road schemes tend to deliver excellent value for money, but the benefits for the nation will only come if they receive the green light sooner rather than later.

“Eighteen months ago we identified 96 major road schemes worth £11 billion which the DfT did not have the cash to progress. Our latest audit shows 33 have since been given the go-ahead. However, most are small projects and an £8 billion funding gap remains.

“If the Chancellor is searching for money he need only look at motoring taxation. Unlike bus and rail passenger who are heavily subsidised, drivers contribute a net amount to the Chancellor each year – £33 billion in fuel duty and VED alone.”

The next day more detailed road spending was outlined in the Investing in Britain’s Future infrastructure document. Key amongst the detail was funding stability for the Highways Agency:

“To support this revolution in roads investment, drawing on the findings of the Cook Review, the Government will transform the way the High ways Agency is run, by turning it into a publicly-owned corporation with long-term funding certainty and flexibility.”

There was also an outline of capital spending up to the end of the decade:

The Government  will invest over £28 billion in enhancements and maintenance of national and local roads to:

“We welcome todays pothole pledge, recognising the importance of maintaining the roads we have with building the new roads we need. But the timetable is critical. We are still talking about action taking place over the medium term, not today and tomorrow. And we still dont know exactly where the money is coming from. We have been waiting more than a year for a review of road funding to be published. That wait continues.

”Crucially, by giving the Highways Agency corporation status the Government is finally acknowledging the need to set long term plans for our strategic roads just as they have always done for the railways.”