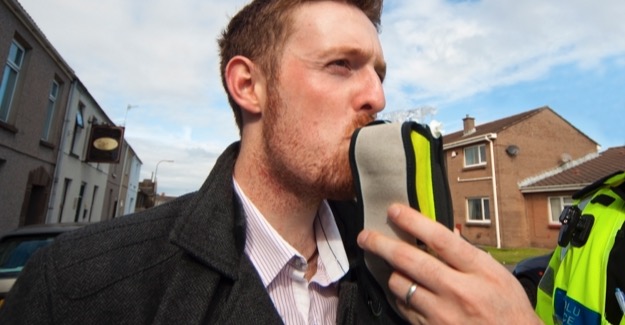 Time to cut drink-drive limit in England and Wales?

However for every four deaths in this type of collision Professor Allsop estimates there was another death that was the result of a collision where someone had been drinking but was within the limit.

Professor Allsop believes lowering the limit from 80mg alcohol to 50mg could result in casualty reductions as people in the following three categories moderate their drinking:

1)      those with BACs below 50 – and thus already within a new limit – who want to remain confident of keeping within it;

The limit we have today was introduced almost 50 years ago in 1967.

But now there is a widespread understanding that the risk of involvement in a collision is increased by even moderate drinking, and impairment increases at a faster rate than originally thought.

“Despite rapid traffic growth the number of people killed in drink-drive accidents has fallen dramatically over time, down some 85% since 1979. This is a much faster rate of decline than for road deaths overall. We must have been doing something right.

“But the weight of evidence is that we could do more.

“It would be a poor argument to suggest we should cut the drink-drive limit just because everyone else has done it. But this report makes the case on robust data and sound analysis.

“Policy in this area hasn’t moved for half a century but in the face of this evidence it increasingly falls on opponents of a limit reduction to defend the status quo, rather than asking those who support a cut to keep making their case.”

“Since that time – 2010 – road casualties, including drink-related casualties, have decreased very little, if at all. There is a good case for allowing Parliament to examine the issue again to see if further progress can be made.”

Professor Richard Allsop has extensive experience of research, training and advisory work on road safety, traffic management and other aspects of transport policy. He has a first in Mathematics from Cambridge, and a PhD and DSc from University College London, where he is Emeritus Professor of Transport Studies, having been Professor since 1976 and Director between then and 1997 of what is now the Centre for Transport Studies.

He has a longstanding involvement in road safety research and policy, including being a Special Adviser to PACTS (the Parliamentary Advisory Council for Transport Safety). He is a Board Member of the European Transport Safety Council (ETSC) and advises its European road safety performance index programme PIN. He has also provided inputs to road safety policy in Australia, Hong Kong, Japan, New Zealand and Poland.