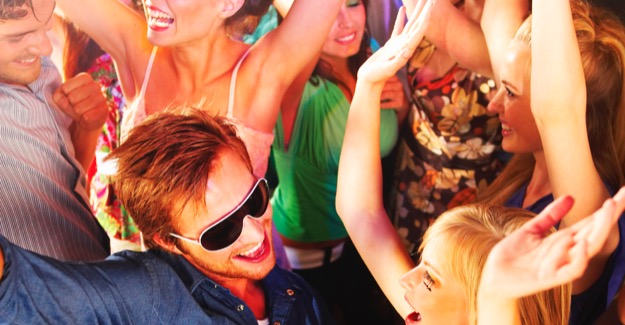 The Government has ignored the recommendations of the North Review and decided not to reduce the drink-drive limit from 80mg per 100ml of blood to 50mg.

Instead Transport Secretary Philip Hammond said more would be done to enforce the existing law.

Mr Hammond went on: “The number of drink-driving deaths has fallen by more than 75% since 1979. But drink driving still kills hundreds of people so we need to take tough action against the small minority of drivers who flagrantly ignore the limit.

The news was widely criticised by other organisations.

Professor Stephen Glaister, director of the RAC Foundation, said: “The Secretary of State is absolutely right to focus on enforcement. If people think they can break a law without being caught then it becomes meaningless. However we also believe it is correct to have a long term strategy for reducing the existing drink-drive limit and we are disappointed Philip Hammond has not taken this opportunity to show Britain will come into line with much of continental Europe.”

Adrian Tink, RAC motoring strategist, said: “Nearly 90% of drivers told us in our motoring report last year that they backed a reduction in the limit. It really is a missed opportunity to re-enforce the message that drink-driving is unacceptable.”

Robert Gifford of the Parliamentary Advisory Council for Transport Safety said: “It is deeply disappointing that the government has failed to take up this opportunity to save lives on our roads.

“According to the Department’s own figures published last week, 85% agree that if someone has drunk any alcohol they should not drive. A new lower limit would have helped to support that view, making clear that drinking and driving do not mix.

“Evidence from Professor Richard Allsop and from NICE submitted to the North Review also showed reductions in deaths and injuries from a lower limit. The government has chosen to ignore this and the clear link between alcohol consumption above 50mg and the increased likelihood of crash involvement.

“While we welcome the operational improvements contained in this report, the failure to lower the limit continues to put our citizens at risk. How many more have to die before the government really makes road safety a priority?”

The AA said the decision not to change the limit was a “missed opportunity”.

This is the introduction to the Government’s full response to the North Review:

The Government is committed to improving road safety. It is a priority to deter driving when unfit through drugs or alcohol, and to ensure that those who persist in this dangerous behaviour are detected and punished effectively.

Considerable progress has been made in the abatement of drink-driving, but much more progress needs to be made to achieve similar results with drug-driving – while continuing the long-running work against drink-driving. We know that the use of impairing drugs is widespread, and that many of those who use them see no reason to refrain from driving under their influence. The prospect of an effective means of detecting and deterring drug-driving will – for the first time – allow a serious enforcement effort against this dangerous behaviour. That is our first priority, which we believe is shared by the police.

It is just as dangerous for people to drive impaired by alcohol or drugs, and it is quite wrong that it is easier to get away with one than the other. We are convinced that our priority must be to give the police the means to protect law-abiding road users with measures that are efficient and effective, concentrating on those who are the most danger to themselves and other road users. There needs to be a clear message that drug-drivers are as likely to be caught and punished as a drink-driver. We need to make it easier for the police to identify drug-drivers and obtain the evidence needed for successful prosecutions.

Our strategy is to focus resources and any legislative changes on measures which will have the most impact in reducing dangerous behaviours. There are therefore two main priorities to continue the successful abatement of drink-driving and achieve similar success against drug-driving:

– to give the police effective tools to identify and proceed against drug-drivers;
– to streamline the enforcement process for drink and drug driving to ensure the most efficient use of police and other enforcement resources.

We will implement the following measures
•    revoke the right people have to opt for a blood test when their evidential breath test result is less than 40% over the limit (the ‘statutory option’)*;
•    streamline the procedure for testing drink-drivers in hospital*;
•    close a loophole used by high risk offenders to delay their medical examinations;
•    require serious drink-drivers to take remedial training and a linked driving assessment – as well as a medical examination – before recovering their licence;
•    re-launch the drink-drive rehabilitation scheme under which drink-drivers can obtain reduced driving disqualifications;
•    approve portable evidential breath testing equipment for the police;
•    provide for preliminary testing not to be required where evidential testing can be undertaken away from the police station*;
•    approve preliminary drug-testing equipment initially for use in police stations – and at the roadside as soon as possible;
•    delegate to custody nurses the assessment police doctors are now required to make of suspected drug-drivers*;
•    seek opportunities to collect better information about the prevalence of drink and drug driving, and its implication in casualty accidents.

We have concluded that improving enforcement is likely to have more impact on the most dangerous drink-drivers, whereas it would not be value for money – or the most effective use of resources – to lower the prescribed alcohol limit for driving. The reasons are explained in detail in the attached paper.

We will progress work on a new offence relating to driving with a specified impairing drug in the body.

Primary legislation is required in relation to those items marked *, and to enable any new drug offence, and we will seek a slot for this at the earliest opportunity. Full impact assessments, including among other things the potential impacts on enforcement and the judicial system, will be prepared in the usual way when legislation is brought forward.