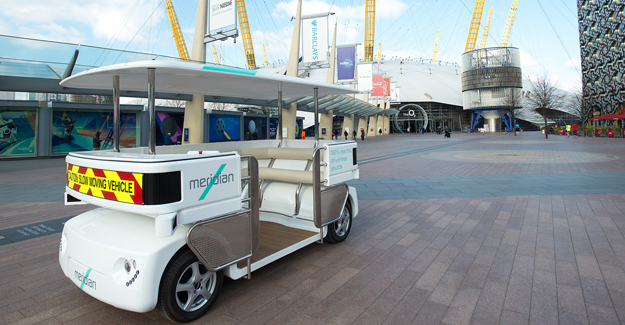 The government has given the go-ahead for the testing of driverless cars on public roads.

Three consortiums will carry out tests of various technologies and vehicles in four locations across the UK: Greenwich, Milton Keynes, Coventry and Bristol.

The RAC Foundation is a member of the advisory group for the GATEway project – led by TRL, the Transport Research Laboratory – which is running the trials in Greenwich (GATEway press release below).

Commenting on the trials and the future possibilities for autonomous vehicles Professor Stephen Glaister, director of the RAC Foundation, said:

“These trials are not just about harnessing technology to make our travelling lives easier and safer, they also involve getting the regulation right.

“Alongside the high-tech innovation you need policy decisions on long-term, low-tech matters such as who takes responsibility if things go wrong. As and when these vehicles become common place there is likely to be a shift from personal to product liability and that is a whole new ball game for insurers and manufacturers.”

According to the government’s Pathway to Driverless Cars, the average driver spends the equivalent of six working weeks behind the wheel annually, something that could be dramatically reduced if the car took over the motorist’s responsibility. Professor Stephen Glaister said:

“Autonomous vehicles could give drivers their lives back. The time gained by not being hunched over the steering wheel, plus reductions in stress levels, could be transformational. Who knows, one day in the future road rage might actually be a thing of the past.”

But while the increase in personal mobility is a positive element of autonomous technology this could actually lead to more vehicles on the road.

“The door is open for almost everyone to have motorised mobility, from the very old to the very young to the frail. If you do away with licensing requirements then millions more people – and cars – could be on the road. The development of autonomous vehicles needs to go hand in hand with changes in highway management and car ownership.”

Government ministers will today launch the start of driverless car trials in the Royal Borough of Greenwich.

GATEway (Greenwich Automated Transport Environment project) is one of three projects chosen by the Government to deliver demonstrations of automated vehicles in urban environments.  The trial officially gets underway at Greenwich Peninsula today, with Business Secretary Vince Cable and Transport Minister Claire Perry in attendance.

The GATEway project includes the testing of a fully driverless vehicle named the Meridian Shuttle, which will be evaluated in various scenarios over the next two years. This morning (Wednesday 11 Feb) it will take its inaugural journey at Greenwich Peninsula.

The GATEway project will test a number of important factors involved with using automated vehicles with the aim of putting the UK at the forefront of developing this type of transport technology.

Over the next two years the GATEway project will:

The GATEway project is made up of a consortium of eleven members, led by TRL, the Transport Research Laboratory along with key partners including the Royal Borough of Greenwich, which is the location for the trials. Other key consortium members include RSA, the global insurer, who will be looking at how automated vehicles might impact the motor insurance market, Shell and Telefonica who will be learning how the technology might impact their sectors and the University of Greenwich who will be researching how people might interact with driverless vehicles.

Project lead Dr Nick Reed said: “The innovative GATEway project will help place the UK at the forefront of the rapidly emerging sector of research and development related to automated vehicles. Through the strengths of the consortium and the project location within Greenwich – at the heart of the UK’s only globally recognised megacity, we can start addressing the technical, societal and legal barriers to automated vehicles and create a world class, technology-agnostic testing environment to help deliver the future of urban mobility.”

Councillor Denise Hyland, Leader of the Royal Borough of Greenwich said:” It’s thrilling to see these trials get underway in Greenwich, really cementing the area’s reputation as a place of innovation and investment. Greenwich Peninsula provides the ideal location for us to explore what this technology can offer people and how it will eventually be implemented in the real world. We’re proud here in Greenwich to be at the forefront of developing this technology. We offer the ideal setting for these trials; an expanding population, a complex urban environment and a variety of existing and expanding transport links – which will really tell us what we need to know about putting driverless vehicles into an urban setting”.

“Driverless cars are the future. I want the UK to be open-minded and embrace a technology that could transform our roads and open up a brand new route for global investment.

“The breadth of public and private sector involvement in the GATEway project is testament to the potential of driverless cars and how much we stand to gain from testing them further. I want to thank the Greenwich team for all the work they have done so far and I will be watching the trials with interest.”

The GATEway project will run three main trials over the next two years:

The GATEway consortium is made up of eleven partners:

TRL (Transport Research Laboratory), the project lead. TRL provides independent and impartial world-class research, consultancy, testing and certification for all aspects of transport. TRL has been innovating in automated vehicle research for more than 50 years.

Royal Borough of Greenwich, the Local Authority and Smart City partner, provides the venue for the trial. The Royal Borough of Greenwich is undergoing substantial regeneration and has well-used roads, extensive segregated bus and cycle lanes, London Underground, Thames Clipper river-bus and Emirates Airline cable-car stations and the world’s most successful entertainment arena. This ensures a diverse ‘real world’ test environment  for automated vehicles,  which is critical to understanding the how driverless cars can be integrated with other forms of transport and in helping place the UK at the forefront of the development and adoption of this technology.

RSA will be working to understand how automated vehicles might impact the motor insurance market and will support the project’s risk mitigation strategy.

Shell and Telefonica will be contributing their expertise to the project and learning how automated vehicles could change their existing business models.

The Royal College of Art will be drawing from their internationally recognised expertise in stakeholder engagement in relation to vehicle design to provide detailed insights into stakeholder attitudes to vehicle automation.

Imperial College London will be considering the cybersecurity implications of the specific trials and the wider implementation of connected, automated vehicles.

Gobotix, a consultancy formed by engineers trained at the University of Oxford who will be delivering the demonstrations of vehicle teleoperation and support to the automated vehicle trials.