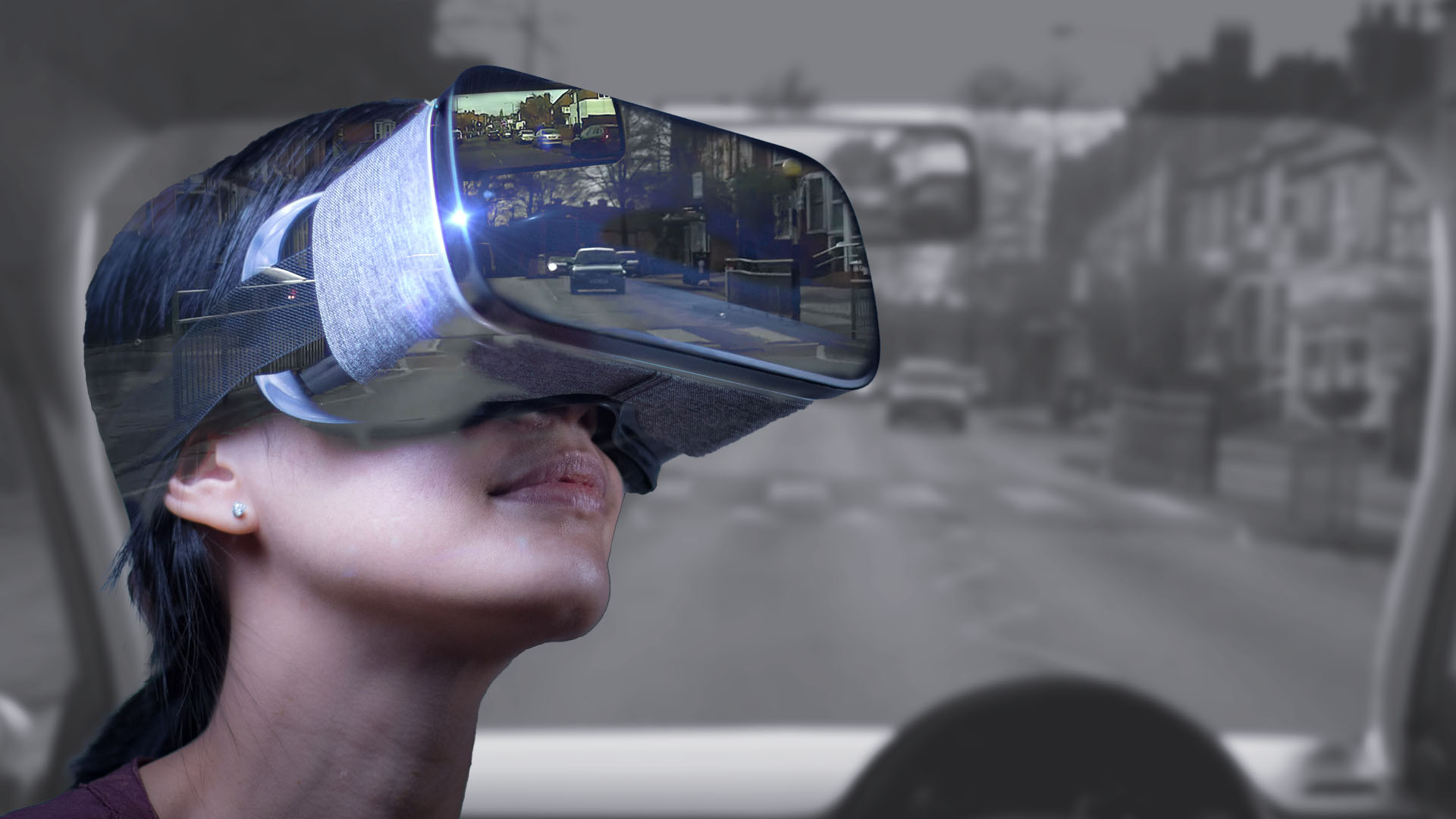 Using virtual reality (VR) headsets in driver hazard perception is just as good as, and in some conditions better than, single screen tests at differentiating between safe and less-safe drivers, with drivers preferring the immersive experience of VR, according to a series of studies for the RAC Foundation by Nottingham Trent University (NTU).

Hazard perception skills are traditionally assessed via clips of driving, viewed from the driver’s perspective, which contain one or more developing hazards. Viewers’ response times to the appearance of hazards are used as a measure of their driving safety, with highly experienced drivers, or drivers with a crash-free history, typically making faster responses.

Using a ‘what happens next?’ method of hazard identification, psychologists explored how both new and experienced drivers reacted when using a VR headset. The 360-degree view of potential hazards gave participants the opportunity to look all around them, such as into side roads as they pass, or to check side mirrors and blind spots for other road users.

The six-part study, commissioned and funded by the RAC Foundation together with the Road Safety Trust and the DVSA, involved more than 400 participants, with drivers reporting that the VR experience was more engaging, immersive and realistic than a single monitor test on average. They also preferred real video of roads to a CGI simulation, rating them higher for clarity and visual complexity on average

The research team also analysed the levels of cybersickness among participants, finding levels very low with only 4% of participants removed from studies due to sickness, despite the screen regularly cutting to black between hazards, which can prompt nausea.

“VR offers great opportunities for driver assessment and training beyond formal licensing procedures. Using these headsets allows us to diversify the range of hazards presented and can be particularly useful for drivers who need practise at spotting hazards in the most realistic environments without being put in danger, such as the emergency services. This is an opportunity to make drivers safer by teaching them the fundamentals of hazard awareness using innovative techniques and methods that go beyond the traditional UK test.

“While simulator sickness was only a problem for a minority of users, this does impact on the use of this method in formal hazard perception testing. However, as technology and research advances, we are likely to see a reduction in this, so the government needs to be constantly looking to the future.

“Autonomous vehicles may provide ‘Vision Zero’ eventually, but their ubiquitous deployment is far from soon. Investment in training and assessment of real drivers is important to prevent thousands of deaths in the intervening years.”

“With the proliferation of new technologies it is vitally important to understand how their use can support safer road use. Given virtual reality headsets are now commonly used in schools by practitioners seeking to improve road safety, we were keen to understand, through this work commissioned with Nottingham Trent University, how known effective hazard perception training approaches translate into a VR environment. This research demonstrates that virtual reality headsets can be used as a complement to traditional screen-based hazard perception training and whilst cybersickness was an issue for a small proportion of the participants that took part, many drivers enjoyed the immersive experience offered.”

“We know how important hazard perception is for driver safety. NTU has produced a useful resource whilst also helping us understand more about the role of VR technology in supporting the development of this vital skill. The enthusiasm for VR assessment and training, in terms of perceived realism, immersion and engagement, in particular, offers a training advantage although cyber-sickness remains an issue for a few.”

The software used in the tests has now been developed through spin-out company Esitu Solutions Ltd and can be tailored for organisations requiring driver training which is bespoke to their vehicles and routes.

Drivers can also try the tests and take part in further research by downloading the app on Oculus Go.

About the RAC Foundation

About The Road Safety Trust

The Road Safety Trust is dedicated to achieving zero deaths and serious injuries on UK roads.

To achieve this, The Road Safety Trust provides funding for practical measures, research, dissemination, and education.

We work with others to use the wealth of knowledge and understanding about what works to keep road safety high on the national and local agenda and influence policy change.

We share new knowledge from research and practical interventions across the road safety and wider community to raise awareness and encourage implementation.