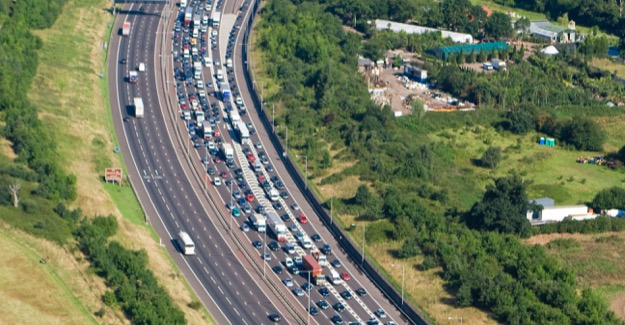 The M5 was closed for ten hours longer than expected today after an overhead gantry which was being removed blocked the road.

The gantry was due for removal but there were problems with the cranes trying to lift it clear and it was left blocking the three northbound lanes between junctions 5 and 4A for most of the day.

It had been planned to reopen the motorway at 6am after the overnight works but the problem meant that the motorway didn’t finally reopen until 4.20pm this afternoon.

“When trains are badly delayed passengers get compensation. So should we now consider something similar on the roads when people are caught in the worst jams?

“The unwritten contract between drivers and the government is that in return for the tens of billions of pounds paid in motoring taxation a certain standard of service is expected. Today that service has been utterly absent and apologies, as heartfelt as they may be, only go so far.”

Rail users get compensation as a matter of course if their journeys are significantly disrupted.