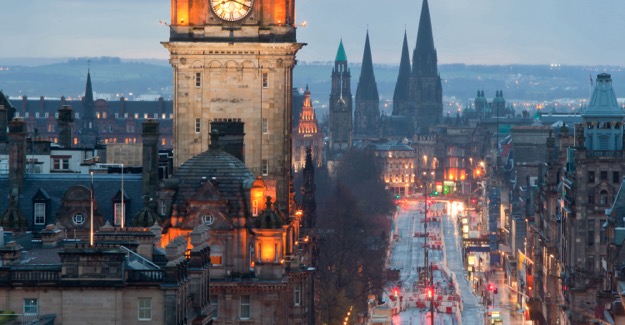 A Scottish MSP has made specific proposals for the introduction of graduated licensing for young drivers in Scotland.

David Stewart – who is Highlands & Islands (including Moray) MSP and the Shadow Transport Minister – made the announcement after travelling to London to meet Michael Dugher MP, the Shadow Secretary of State for Transport at Westminster and Steve Gooding, who is director the RAC Foundation.

“I have been campaigning on many road safety issues for over five years now, not least the introduction of a form of Graduated Driving Licence.

“We need to do something to protect our young drivers and their passengers and by working with them and other interested groups I plan to continue taking positive action.

“Graduated Licence Schemes have been introduced in many countries across the world and they are proven and evidenced to reduce fatalities amongst young and novice drivers.

“If introduced in Scotland alone, we know that up to 22 lives per year could be saved and up to £80 million to the economy.

“However, there are many varied models of the Graduated Driving Licence in existence and many are seen by young people as being restrictive and some are seen as a form of curfew.

“To date I have steered away from prescribing what form of GDL I would like to see as a pilot in Scotland, but after my recent meetings in London, I have decided to nail my colours to the mast so to speak.

“From all evidence available we need to try and address the one in five collisions which relate to young drivers in their first six months of driving, so I propose a two element approach.

“The first is to allow our young people the freedom to be mobile on our roads, but afford them as much safety and protection as possible through education, support and limited regulation.

“By limited regulation I mean the following three measures:

*Between the ages of 17 and 18 years they can learn to drive and hopefully pass successfully, but thereafter they need to display ‘P’ plate for 12 months after they pass their test.

*There is no restriction on when they can drive, but they cannot carry passengers under 25, unless they are accompanied by a qualified driver 25 years and older.

*There should be as near zero an alcohol limit as possible.

“The second element I propose promotion of, is the use of telematics.

“These can help reduce driver risk and increase safe driving.

“Within this rapidly developing field, products and services including various forms of telematics, but primarily telematics insurance products are being developed.

“Telematics systems record key data on driving behaviour and have been found to have a positive effect on high-risk groups such as teenagers and young males.

“The UK is considered a pioneer of ‘pay-as-you-drive’ telematics insurance.

“This is an area where we need to do more and I intend speaking to young people about this whole issue and listening to them starting with members from the Scottish Youth Parliament.

Steve Gooding, a Director at the RAC Foundation said,

“We know that young novice drivers are at a disproportionately high risk of being involved in a road accident in the first 1000 miles after they pass the driving test.
“We need to find ways to help them build up their experience safely.

“Our research suggests some form of graduated licensing could save lives, but we need to move from the theoretical to some specific propositions.

“Now David Stewart has put something on the table to start an informed debate that crucially will involve young people themselves and also recognises the potentially valuable part that modern telematics insurance options could play.”