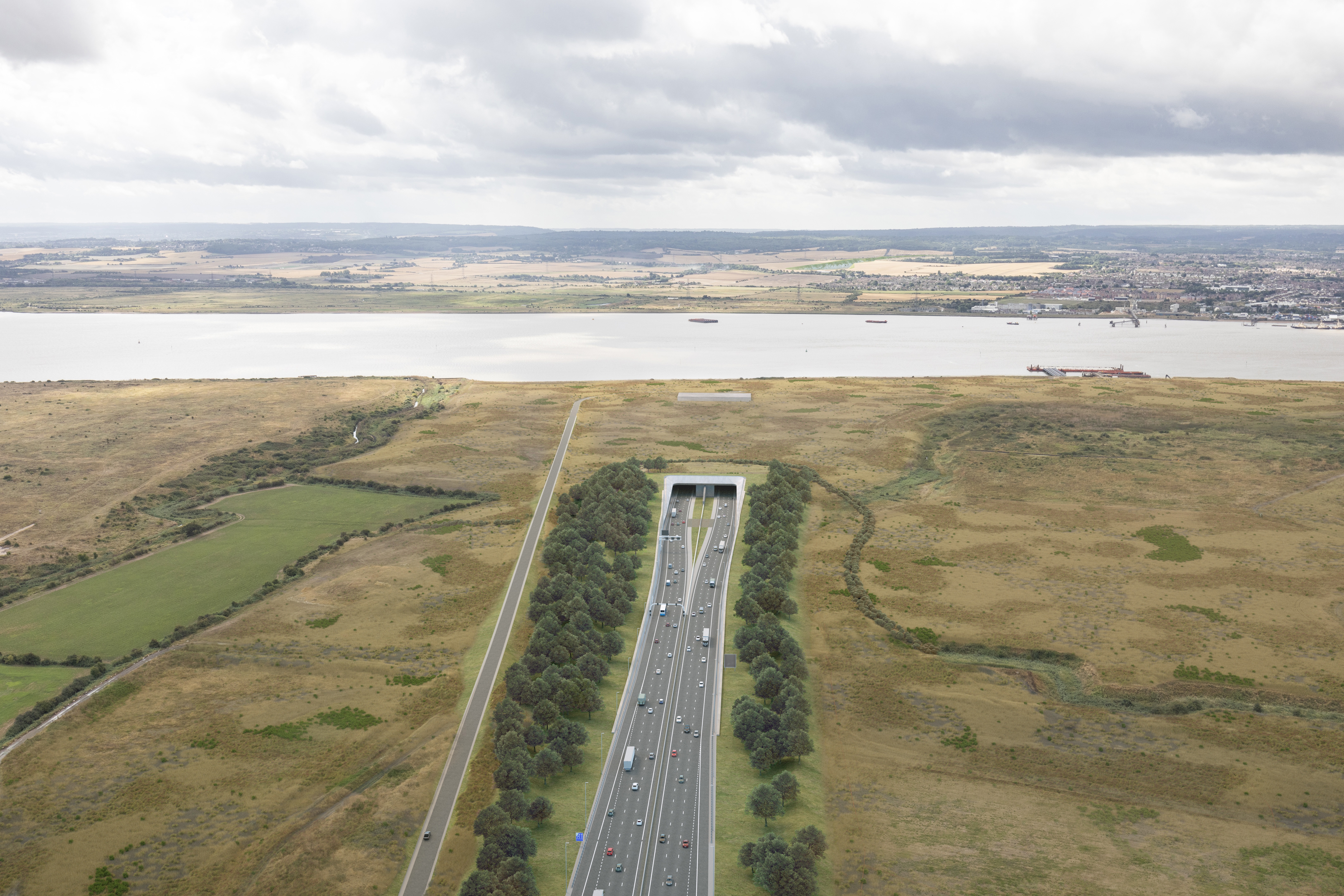 New Lower Thames Crossing to cost up to £6.8 billion

Proposals for a new crossing of the Thames to ease pressure on the existing Dartford Crossing have been updated.

Highways England says the whole of the route will now have three lanes in each direction, giving a 90% increase in capacity for traffic going between Kent and Essex.

The route will be 14.5 miles in length and include a 2.4 mile-long tunnel under the river. It will run from the M2 near Rochester to the M25 near South Ockendon.

The new crossing is expected to cut congestion at the existing crossing – which sees 50 million journeys annually – by 22% when it opens in 2025.

The latest version of the scheme will now be under consultation for ten weeks. Among the other changes are:

The project was described by its director, Tim Jones, as “the biggest single road upgrade since the M25 was completed more than 30 years ago.”

“That tens of thousands of people responded to the previous consultation demonstrates that this scheme raises as much passion amongst residents as it does with the millions of drivers who, despite the improvement brought about by free-flow tolling, still routinely get stuck at the existing crossing, especially northbound.

“It is vital this project is got right so that it delivers benefits not just for drivers travelling from one end of the country to the other, but also residents of Kent and Essex for whom the Thames often seems like an unbridgeable barrier.”