On the Move. Making sense of car and train travel trends in Britain03 Dec 2012 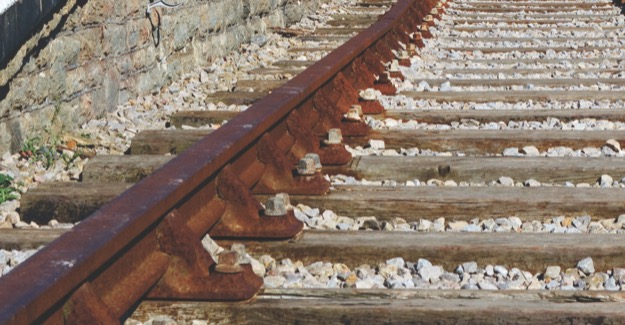 At least two and a half million more women have driving licences in Great Britain today than 15 years ago.

The surge is predominantly due to a large rise in the proportion of women driving rather than mere population growth. The biggest increase came in the North East of England.

The average distance women drive has increased too: up over a fifth (22%). Again, the North East led the way.

Women have also helped boost National Rail travel with an 86% rise in mileage amongst those in their 30s. This compares with a 54% increase in rail travel across the board. In general terms the growth has been fuelled by more people taking the train rather than existing passengers travelling more frequently.

Over the same 15-year period there has been a collapse in company car mileage. This is a male phenomenon as men have typically been much higher users of company cars than women.

There are also significantly fewer young men with a driving licence today, down 14% compared with mid-1990s.

London is unique as the only British region – prior to the recession – to have seen a decline in traffic.

The situation in the Capital is probably due not just to the introduction of the Congestion Charge Zone and investment in public transport and cycling, but also a steep drop in company car use, and the large number of international migrants and young adults living in the London, two groups which drive less than average.

Cause and effect are hard to establish, but changes in travel patterns have occurred alongside big societal shifts:

This complex picture of changing national travel behaviour is revealed in On the Move: making sense of car and train travel trends in Britain. The report is co-sponsored by the RAC Foundation, the Office of Rail Regulation, the Independent Transport Commission and Transport Scotland.

The study team was lead by Professor Peter Jones of University College London. In much of their work the researchers specifically excluded data from the recent recession so that short-term economic pressures did not mask long-term changes in travel patterns.

The researchers found little evidence of ‘peak car’ – the situation in which there is no increase over a sustained period of time (and in some cases a decline) in average car mileage per person, even during periods of economic growth. Once company car mileage was excluded, those aged 30 and over outside London actually increased their car travel right up to the 2007 recession. This group accounts for 70% of the British adult population.

While the recession has damped down some of the effects witnessed prior to its onset, it has not reversed fundamental changes, so that between 1995 and 2010:

The report also reveals that national figures hide large regional variances. The full table (based on three year rolling averages) can be found in the notes to editors.

“This state of the nation report on how we get about reveals we overwhelmingly remain a country of car drivers.

“Strikingly it is women who have increasingly gotten behind the wheel. This is a reflection of their growing social and financial independence over recent decades.

“The big question is: what will happen with young men? Will they take up driving as they age and their domestic and financial circumstances change, or will they go their whole lives without feeling the need to get a car?

“There has been much talk of ‘peak car’ – the idea that individual car use has reached a plateau – but strip out the one-off impact of a collapse in company car mileage and prior to the recession we were actually driving more.

“Let’s not forget about population growth. An extra ten million people are predicted for the UK over couple of decades and whatever we do individually will be dwarfed by the travel needs of these extra people.

“We must recognise that future transport demand will vary by time, place and demography. Every one of us has different transport needs and a simple one-size-fits-all approach will not work.”

“As the number of passenger journeys continues to increase – 1.5 billion passenger journeys took place last year, growing 8% from the previous year – it is vital that there is a solid understanding of the reason for rail’s growth and popularity. It is only through examining and understanding rail use that the industry can ensure it is providing what passengers, taxpayers and funders need and want.

“Huge investment has gone into the rail industry and the benefits can be seen. Hundreds of thousands of people across Britain rely on trains to get them from A to B, for business and for leisure.

“This research shows how more and more people, across ages, parts of the country, income groups and for a wide range of reasons, are opting to travel by rail.  It is hugely beneficial, helping the rail industry establish the factors prompting people to choose trains and helps develop a greater understanding of rail travel and its relationship with other forms of transport.”

The report will be available on each of the sponsors’ websites from the date of publication. It is available to download under embargo by following this link:

An interactive map is free to upload and embed on news websites with a credit to the RAC Foundation.

The embed code is:

This chart is also free to use with credit to the RAC Foundation:

In large part the report draws on data collected as part of the annual National Travel Survey, a study of the travel behaviour of 20,000 individuals in 9,000 homes.

The table below shows regional changes based on three-year rolling averages.

The Office of Rail Regulation (ORR) is the independent economic and safety regulator for Britain’s railways. We regulate health and safety standards and compliance across the industry and we set Network Rail’s funding and outcomes. We are also responsible for competition and consumer rights issues, economic and safety regulation of HS1 and the publication of key statistics on railway performance. We work with the industry’s funders in England, Scotland and Wales to get clarity on what they want the railways to deliver for the £3.9 billion a year they spend on rail.

The Independent Transport Commission (ITC), founded in 1999, is Britain’s leading independent research charity investigating issues across the fields of transport and land use. It is run by a small Secretariat and 13 Commissioners, and has a base at Cowcross Street in central London. The Chairman of the ITC is Simon Linnett, Executive Vice-Chairman of Rothschild.

The full study team was:

On the Move - car traffic by region chart