Online shopping not fuelling surge in vans18 May 2017 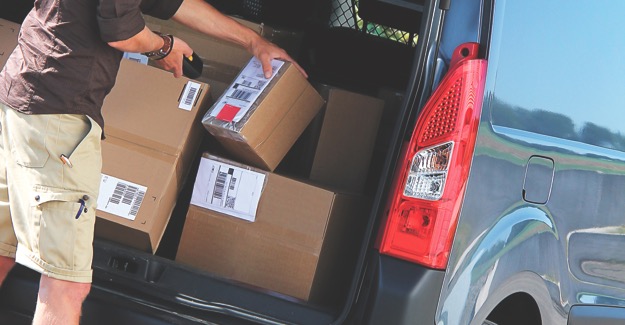 The huge growth in UK van numbers is not being driven by people turning to online shopping.

While there are now at least 3.7 million vans on the road, fewer than one in twenty-five (4%) are involved in delivering orders to consumers and businesses.

Analysis for the RAC Foundation suggests that in 2016, 2.7 billion packages were delivered in the UK.

Around 1.8 billion of these were so-called business-to-consumer (B2C) deliveries, the vast majority of which will have been the result of online shopping (e-commerce).

A further 700 million or so packages were delivered on a business-to-business (B2B) basis.

The balance will have been deliveries sent by consumers to other consumers or business: (C2X) deliveries.

But while only 4% of vans will be involved in parcel delivery, they do account for a disproportionately high number of miles travelled; some 10% of all van mileage.

This means that one in ten of the vans people encounter on the roads are engaged in parcel and packet deliveries, much of which is the result of e-commerce.

The work by Professor Alan Braithwaite of LCP Consulting says that the average UK household buys something online at least 2.5 times a month.

But Professor Braithwaite suggests the growth in web retailing might actually have helped limit total traffic growth as people use their cars less to get to the shops.

The report highlights data from the 2015 National Travel Survey which shows that in England since 2002:

The report also shows that vans are the fastest-growing traffic segment in the UK:

The report speculates whether widespread delivery van use is only a stepping stone to local solutions which might involve micro collection hubs, drones or even robots.

Professor Braithwaite defines a van as “goods vehicles below 3.5 tonnes in weight including the payload”.

“Plenty of people suggest the surge in van traffic is down to our rapidly deepening love affair with online shopping. But this research suggests that sofa surfers might be helping to ease our traffic congestion woes. E-commerce is not the only, nor even the biggest, driver of the rise in vans.

“Overall, the implications for our roads could be positive, where several car shopping trips are replaced by one van delivering to multiple households, though there is an issue where personal goods are being delivered to city centre offices through already congested streets.

“Meantime, the question of why there are so many more vans is still a puzzle. Could it be the product of more small businesses and sole traders investing in vans and then using them both as a work tool and for family transport?”

This is a link to an embargoed copy of the report: