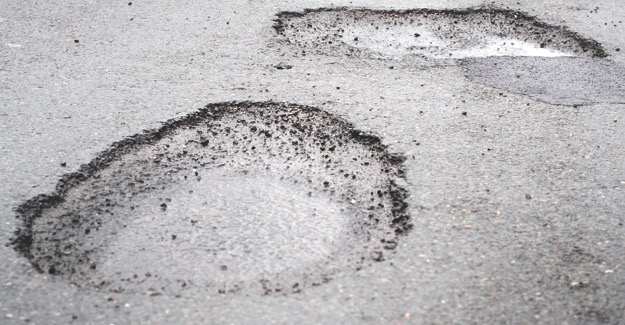 PLEASE NOTE: After this press release was issued we received additional replies from local authorities. That additional data has been included in the full tables linked to at the bottom of the press release but not in the summary totals table immediately below.

Almost 50,000 drivers made claims against councils across Great Britain for damage caused to their vehicles by potholes in the last financial year.

The 200 (out of a total of 207) local highways authorities In England, Scotland and Wales who responded to FOI requests by the RAC Foundation dealt with 48,664 compensation claims in the 2013/14 financial year.

This is the equivalent of roughly one claim being submitted every eleven minutes day and night, 365 days a year and an increase on the 2012/13 figure of 46,139 claims.

However councils refused the majority of claims, agreeing to pay out in less than a quarter (23%) of cases.

The total value of successful claims was £3.2 million.

The average administration cost of each claim – successful or not – was £147.

Note: a full list of data by local authority follows in the notes to editor. Of the 207 councils which were approached for information: 146 out of 153 responded in England; 32/32 responded in Scotland; 22/22 responded in Wales. Of those councils that responded not all answered all of the questions.

“These figures are likely to be the tip of the iceberg. Many drivers will be put off by the time involved in claiming against a council, and many councils do their best to deter claimants coming forward.

“But the fundamental problem lies not at the doors of our town halls but with central government.  Despite occasional one-off grants related to periods of harsh weather, they are simply not giving councils enough money to keep their road networks up to scratch.

“In England, local authorities themselves estimate the maintenance backlog to be about £12 billion yet over the past five years spending on roads in real terms has dropped 22% across England and Wales.

“Worn out road surfaces do not simply cause damage to vehicles they are also potentially lethal, particularly for two-wheeled road users.

“This is not an anti-HS2 argument, but how can a government commit to a £50 billion scheme like that when a vital infrastructure network on which nine out of ten passenger miles takes place crumbles away? This is about prioritisation and our roads should be at the top of the list. That’s not just our view, it is a regular response from the public when they are asked to give their transport priorities.”

This is link to a full set of tables of all local authorities in both alphabetical order and ranked by number of claims received in 2013/14:

This is a link to English local authorities ranked by number of claims received in 2013/14:

This is a link to Welsh local authorities ranked by number of claims received in 2013/14:

This is a link to Scottish local authorities ranked by number of claims received in 2013/14:

The data we analysed came as a result of answers given by local authorities to these questions:

1)     The total number of claims for vehicle damage caused by or attributed to the condition of your road network (such as potholes).

2)     The total monetary value of the claims for vehicle damage caused by or attributed to the condition of your road network (such as potholes).

3)     The total number of successful claims for vehicle damage caused by or attributed to the condition of your road network (such as potholes).

4)     The total monetary value of the successful claims for vehicle damage caused by or attributed to your condition of the road network (such as potholes).

5)     The administrative cost to your local authority of a single claim (regardless if it is successful or not).

6)     The number of man-hours taken to administer these claims by your local authority (regardless if they are successful or not).

According to the annual ALARM survey of local authorities the current backlog of road maintenance work on local roads in England and Wales is £12 billion.

“The 19th Annual Local Authority Road Maintenance (ALARM) Survey, published on 3 April 2014, reports that the estimated cost to get the local road network in England and Wales back into reasonable condition has increased to £12 billion (from £10.5 billion in 2013).”