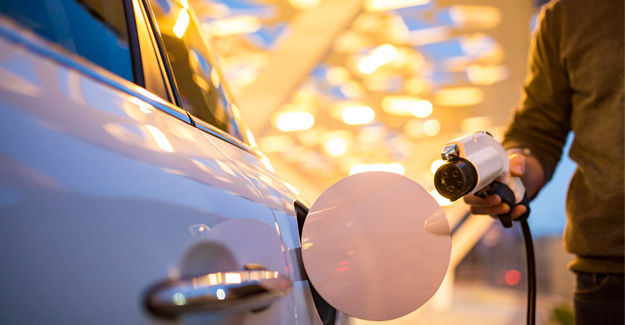 Used car batteries could be used for electric storage

While range-anxiety is set to become a thing of the past, without widespread, reliable and simple-to-use charge points the practicalities of ‘filling up’ electric cars could limit the mass-market appeal of ultra-green vehicles.

It could also hamper the government’s plan to ban the sale of conventional petrol and diesel cars by 2040.

If unacceptable delays in refuelling are to be avoided, the big strides being made by car manufacturers in battery performance – reflected in the growing distance vehicles can travel – needs to be matched by a rollout of high-performance public charge points, particularly on motorways and major A roads.

In a report for the RAC Foundation looking at how powers the Government is seeking in its Automated and Electric Vehicle Bill could be used to best effect, Harold Dermott lays out the key recharging challenges that urgently need addressing. He says that:

This compares with about 8,500 petrol stations.

By the end of June 2017, 113,000 claims had been made under the government’s plug-in car and van grant schemes which gives buyers of the greenest vehicles a subsidy of up to £4,500.

It makes clear that the rapid take-up of electric vehicles required to meet the Government’s recent confirmation that no new wholly petrol or diesel-fuelled cars can be sold after 2040 will only happen if there is a step change in the approach to providing an adequate national charge point network.

The Committee on Climate Change has previously said that for the UK to reach its emission-cutting goals, 16% of new cars sold in 2020 should be ultra-low emission vehicles. In 2016 the proportion was 1.4%.

The report recognises that the Automated and Electric Vehicle Bill – promised in this year’s Queen’s Speech – could provide the opportunity to address some of the problems through proposals such as:

“Almost every day companies are announcing their latest foray into the electric car market but the charging network threatens to be the weak link.

“Although four out of five electric vehicle owners are able to charge at home, a robust public charging network is critical for enticing people to go electric make the leap to ‘pure’ electric.

“We may be on the cusp of a motoring revolution, but step-changes in vehicle technology must be matched by equally big strides in our recharging infrastructure. The Automated and Electric Vehicles Bill offers the opportunity to make sure that happens.

“Few of the nation’s 30 million car owners think twice about the process of refuelling with petrol or diesel: pull onto a forecourt, flip the filler cap, insert the nozzle and a couple of minutes later the job’s done.

“Not so with plug-in electric cars, where you need to find the right charger at the right location with the right tariff scheme. Even then it needs to be serviceable and not already in use by someone else.

“The danger is that the future of the electric car suffers the equivalent of bed blocking in the NHS, with queues of frustrated drivers stymied by the lack of adequate, widespread, reliable refuelling opportunities.

“This report differentiates between the so-called early adopters, who might well have bought an electric car for lifestyle and environmental reasons, and the next generation of drivers who are likely care less about the fuel per se and more about how much it costs to buy and run a car, how easy it is to use and whether it holds its value.

“Manufacturers can do much to make EVs attractive to a mass audience, but responsibility for getting the charging infrastructure ready lies largely in the public sphere.”

The full report can be downloaded under embargo here: