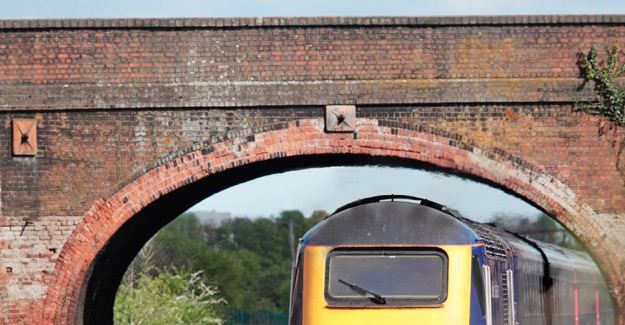 Is London Bridge falling down?

Data collected and analysed by the RAC Foundation found that some 2,375 structures over 1.5m in span are not fit to carry the heaviest vehicles now seen on our roads, including lorries of up to 44 tonnes.

These 2,375 bridges represent 3% of the estimated 71,000 local road bridges in Britain. Some of the bridges will be sub-standard because they were built to earlier design standards. Others will have deteriorated through age and use.

The RAC Foundation estimates that it would cost a total of £328 million to bring the 2,375 sub-standard bridges up to perfect condition. That is the equivalent of £138,000 per bridge.

If councils had enough money to carry out the work then local authorities say they would prioritise 30% of the sub-standard structures for repair in the next five years.

Each year about half of council-maintained bridges in the country are inspected.

The information used by the RAC Foundation for its calculations came from a mix of FOI requests and a survey carried out by the National Bridges Group of ADEPT (the Association of Directors of Environment, Economics, Planning and Transportation).

“Highways maintenance doesn’t start and end with filling in potholes though that in itself is a big enough job. Another key responsibility for councils is to keep their highways bridges up to scratch.

“Four years ago the Hammersmith Flyover in London had to be shut to traffic because it had deteriorated badly. It caused major congestion and was a graphic illustration of what could happen if our national infrastructure is not adequately maintained.

“Councils are doing their utmost to keep their structures inspected but where they find fault the price of repair can bust the hard-pressed maintenance budget. We hope the Chancellor has this in mind as he completes his Spending Review calculations this month.”

“The ADEPT Bridges Group works hard to support local authority bridge managers in maintaining these vital links in the highways network, and is concerned that further reductions in available funding will only make their job more difficult.”

Responding to the story a spokesman for the LGA said:

“Councils take all road safety extremely seriously and are also doing everything they can to keep traffic moving. However, they are caught between a rock and a hard place. On the one hand they are faced with a predicted 55 per cent increase in traffic on local roads within a quarter of a century, according to the Government’s own statistics. On the other hand, their core funding has been reduced by 40 per cent. What is needed is realistic funding to maintain existing bridges and build new infrastructure, and clarity from the Government about when and how they will get the money.”

The analysis is based both on FOI requests sent to all 207 highways authorities in Great Britain, of which 193 replied in a standard useable form, and a smaller survey of 50 councils carried out with ADEPT.

When a bridge is sub-standard councils have four basic options. They can:

1)     Continue to monitor the structure