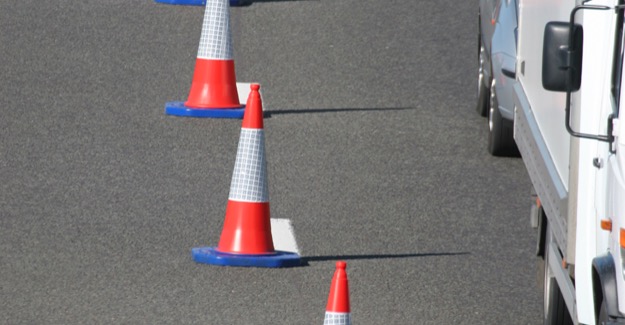 Almost one hundred high-value road schemes that could be implemented relatively quickly and contribute to the growth agenda are sitting on the shelf waiting for funds.

Analysis by the consultancy firm Arup and the RAC Foundation identifies 96 different motorway and main road projects which have been assessed by officials to have high benefit/cost ratios but for which there is no cash to proceed.

The funding shortfall is at least £10.7 billion and the majority of the schemes would be the responsibility of the Highways Agency, though a large minority would come under local authority control.

By contrast, the Agency’s investment budget stretches to only £2.3 billion over the four years to 2014/15.

Typically the projects are not new routes or megaprojects, but localised interventions at key bottlenecks; bypasses, widening projects and junction improvements.

“This research will worry drivers and should concern government. With ministers talking up the need for infrastructure investment they should turn their attention to the offices of the Department for Transport where there are scores of schemes which deserve to be built.

“Congestion is set to increase dramatically in the coming years and these projects could make real differences to the lives of individuals and the economic needs of the country.

“If there are scarce resources to be spent on transport then a fair share should be spent on the roads. Where there isn’t a ready source of public funds then ministers should speed up the process of encouraging private investment in new capacity, something they have already promised to do.”

“There is a real opportunity for central Government to look closely at what has worked internationally in getting essential infrastructure funded and delivered.  Part of that solution needs to be about giving local and regional government the opportunity to help get important infrastructure funded through tried and tested methods available from abroad.  Such an approach should be entirely consistent with the ministers’ localism agenda.”

The report – Providing and Funding Strategic Roads – also reveals how, many other countries are far outstripping the UK in providing the road infrastructure required to keep a nation on the move:

•    The Spanish Government is pursuing a €250 billion (equivalent to £225 billion), 15 year infrastructure plan which stretches to 2020. In addition to high-speed rail and other infrastructure projects, the investment programmes are supporting several current procurements of new highways infrastructure in regions including Andalucía and Galicia.

•    In Canada, the national highway system is one of the priorities for the new flagship Building Canada Fund, aimed at connecting inter-modal facilities and international gateways

•    In Australia, under the Nation Building – Economic Stimulus Plan, Commonwealth funding has been brought forward to accelerate 14 major road projects which are to be taken forward by state transport authorities.

•    In the USA, 235 new toll-based highway schemes have been taken forward since 1992, with 70 of them now operational. Together, these projects involve 4,500 miles of new highway infrastructure.

Arup is a global consulting firm with over 10,000 staff working in more than 90 offices in over 30 countries. In the highways sector, the firm provides economic, financial and technical advice to clients including governments, investors and contractors. The firm’s recent UK assignments include roles on projects such as the M25 DBFO and the New Tyne Crossing. Internationally, Arup provides analytical support to financial and industry investors pursuing highway opportunities across Europe, the Americas, Asia, the Middle East and the Middle East and Australasia.

The report was written by:

John W. Smith (an independent consultant with wide experience of transport and regulatory economics) and Alexander Jan and Dan Phillips of Arup.