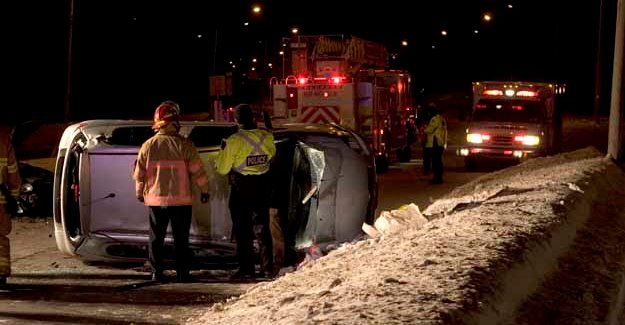 Commenting on the call made by the Transport Select Committee for the need for Government to show more leadership on the issue of road safety, Professor Stephen Glaister, director of the RAC Foundation, said:

“We see a need for targets. Having a definite goal rather than a mere aspiration focuses the mind and means that in the increasingly bitter battle for resources road safety is treated as a priority.

“We regard improving infrastructure as central to achieving any target. We know where the most dangerous stretches of road are and work done for us by the Road Safety Foundation shows that a ten-year rolling improvement programme could result in 6,000 fewer deaths over that period.

“For as long as humans drive cars there will be accidents. Therefore, if we can’t prevent every crash we should make a major effort to mitigate their effects.”

“In 2011, 1,901 people were killed in road accidents. This is the first annual increase in road fatalities since 2003 and a 3% increase compared to 2010. 25,023 people were killed or seriously injured, an increase of 2% from 2010 and the first annual increase since 1994. The number of people killed or seriously injured remains lower than any year since national records began, except for 2010. However, any increase in road deaths is cause for concern. We think that the Government should provide an explanation for these increases and reassurance that this does not mark the beginning of a worrying trend in road deaths.

“The Government published its Strategic Framework for Road Safety in May 2011. In a departure from previous approaches to road safety, the Government has decided not to include the use of targets in its road safety strategy. Targets have been replaced with an action plan and outcomes framework, which consist of a number of indicators which will be measured, and a set of casualty forecasts. According to these forecasts, we should expect casualties to fall by 37% by 2020 (compared to the 2005-09 average). Defined targets to reduce road casualties have been an important contributor to improvements in road safety. We heard that targets help focus attention on road safety and prioritise resources. Yet they are not the only factor driving road safety improvements that we have heard about. Our evidence suggests that the principal factor in improving road safety is political leadership. For some, the presence of targets was a sign of this leadership. If the Government is not going to adopt this approach, then it should be making more effort to provide leadership in other ways.

“Cycling casualty reductions are highlighted in the Government’s vision for road safety. In 2011, 3,085 cyclists were killed or seriously injured. We heard about a number of different ways to improve cycle safety, including training, fitting HGVs with sensors and providing infrastructure. This issue was brought to particular prominence by The Times cycle campaign, which we commend. We have heard expressions of support from Government for this campaign, which we would now like to see translated into action.

“The planned update of the Strategic Framework for Road Safety in September 2012 is an opportunity for the Government to reassess its road safety strategy. In particular, given recent road fatality increases, it should update progress against its action plan and outcomes framework. We would like to see the inclusion of plans, outlined to us by the department, to name and shame local authorities that are under-performing on road safety, greater detail on the role of engineering to improve road safety and an outline of the Department for Transport’s efforts to provide leadership by joining up road safety work across Whitehall.”