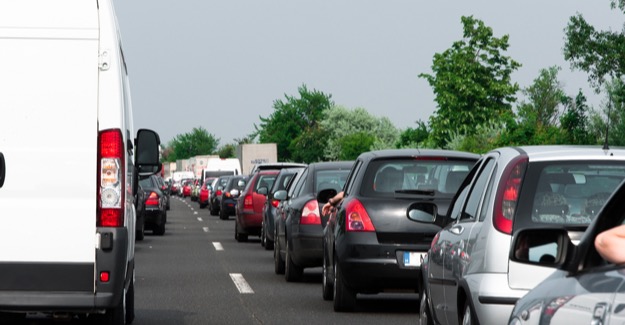 The A458 heading towards Snowdonia sees the biggest seasonal increase in traffic on England’s major A roads.

During the summer it carries almost a quarter (23.1%) more vehicles than during the rest of the year.

Figures released by government reveal the top 20 A roads managed by Highways England with the biggest percentage rises in traffic volumes during the summer holiday period.

The road with the fourth biggest increase is the A494 just north of Chester which runs into North Wales (15%) and fifth is the A31 through the New Forest (13.1%).

The data was published in response to a parliamentary question tabled by Layla Moran MP.

According to the Department for Transport:

“These dates represent the 6 weeks of peak school summer holiday compared to the closest 6 weeks of normal working weeks that were unaffected by school holidays or bank holidays.”

Table: The 20 Highways England controlled A-roads that see the largest increases in traffic during the summer:

“These routes will be known to millions of drivers who use them annually to get to the seaside or the countryside.

“But we sometimes forget that they are also key roads for local motorists who are going about their daily business rather than setting off on holiday. For visitors and residents alike there is nothing worse than being stuck in traffic when they’d rather be anywhere but.

“Some of the percentage increases may not appear that high but on roads that are already heavy with traffic every extra vehicle matters.

“We hope that many of these routes will feature in the government’s future investment programme so that whatever the purpose of people’s journey, the answer to the backseat question ‘Are we there yet?’ will be ‘very nearly’.”

The data above is derived from this parliamentary written question and answer: