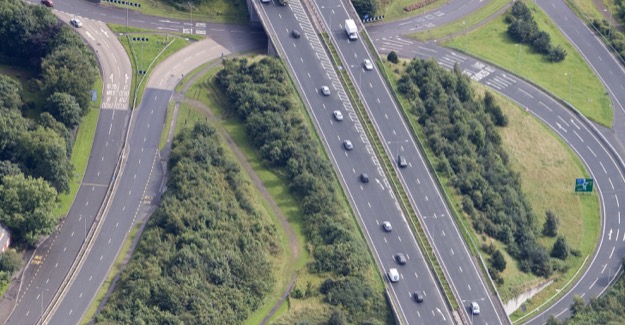 Facing the future on the roads

More, people, more traffic, more congestion, less money for maintenance and capital investment. That is the bleak scenario painted by almost all those looking at the future of road transport including the DfT.

Tackling these problems is one of the most pressing issues the country faces of coming decades.

According to Professor Stephen Glaister, director of the RAC Foundation, a radical overhaul of the way we administer and pay for the road network is urgently needed. In his view it will – at the very least – mean making the existing Highways Agency more arm’s length from government and introducing an independent regulator to ensure road enhancements are carried out.

His views are contained in his report, Governing and Paying for England’s Roads.

Professor Glaister believes that a Pay as You Go system of road charging is likely to be inevitable to guarantee funds for the road infrastructure and to help limit traffic growth.

A perceived lack of public support has always held back the political debate on Pay as You Go (PAYG) and a petition against road pricing on the Downing Street Website in early 2007 gathered nearly two million signatures. It was this which forced the then Labour Government to abandon what had been official party policy. In May 2011 the Coalition Government published a Road Pricing Demonstrations Project report which concluded that a practical test of PAYG technology involving 400 drivers showed: “Charging and payment services, sought on the basis of market supplied commercial services, can deliver ‘accuracy’, privacy and trust.”

An Ipsos MORI survey for the RAC Foundation to coincide with Professor Glaister’s report shows that 71% of the population would not currently support a Pay as You Go system on all the nation’s roads. And when asked if they would back a similar scheme on the motorways and major roads there was 65% opposition. However when it was also explained that a charging system on the main roads would be accompanied by a package of benefits – including the abolition of VED, a cut in fuel duty, and more money spent on the roads – the opposition fell significantly to 34% while those who supported it increased to 46%, showing that perhaps with education and understanding the british public are not alienated by the concept as much as might first be thought.