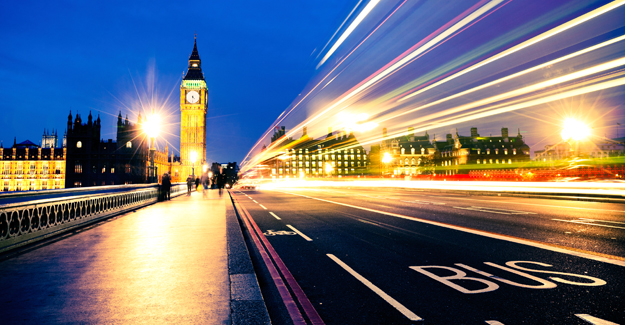 A vision for London

In October 2009 Boris Johnson invited people and organisations to respond to the draft Mayor’s Transport Strategy for the capital.

The draft MTS sets out the Mayor’s vision for transport in London over the next 20 years. It prepares for the city’s predicted growth of 1.3 million more people and 0.75 million more jobs by 2031 and supports sustainable growth across central, inner and outer London.

The RAC Foundation’s response to the consultation was submitted on 12th January 2010.

A summary of the Foundation’s thoughts follows below.

1.    The Draft Mayor’s Transport Strategy presents a powerful vision and is inevitably aspirational in nature. But it is unrealistic in regard to the ability to maintain an efficient road network operation in the context of growth; competing demands for scarce road space such as street works; the prospect of a further reallocation of that space to buses and cyclists; and inevitable future constraints on funding.

2.    The Strategy appears to deal with much of the rail congestion problem yet seems resigned to increasing road congestion.  This does not make up a balanced approach, nor does it address the needs of most of the population and most of the businesses in London. Whilst the Strategy analyses rail and Underground congestion on a section by section basis, it looks at the congestion of roads in only very general terms—and roads carry by far the greatest share of travel demand (57%). At the very least, a catalogue of road congestion hot spots with realistic solutions is required.  Redesigning junctions, for example, does not necessarily need substantial land take or demolition and can offer high value for money.

3.    Initiatives such as cycling and walking are welcome, but they will not solve the problems, and risk diverting attention from issues of more importance to most Londoners and to the London economy as a whole.

4.    The Draft MTS lacks any clear indication of priorities.  It has 35 policies and 129 proposals – many of which are little more than statements of intent: which are the most important?  In a similar vein the strategy only deals with funding in very general terms.  If funding is insufficient (as it inevitably will be) where will it be focussed?

The importance of the road network

5.    As Figure 11 of the Draft MTS (below) illustrates, journeys wholly outside Central London account for 86% of all trips, and for these the car is the dominant mode.  This simply reflects that public transport cannot offer a comparable or acceptable alternative to the car for most non-central journeys.  This is no criticism of the rail and and bus networks—simply a recognition that the rail system provides limited choice, and the diverse spread of origins and destinations coupled with the lack of sufficient priorities means buses cannot provide practical alternatives for most journeys.

6.    Virtually all freight destined for and moving within London is carried by road, and all servicing of premises—whether businesses and organisations or domestic properties—is by road.

7.    Much of London’s economic output is provided by organisations and businesses outside central London.  They depend on effective transport networks to recruit and retain staff, to carry on their business, to reach their markets and to receive and distribute goods.  For most of them, most of the time, this is about travel by car and movement of goods by lorry and van.   Dealing with issues of congestion and the performance of the road network is fundamental to sustaining their prosperity and competitiveness, and maintaining quality of life for those who live in suburban London—which is the vast majority of London’s population.  Failure to address this will affect bus performance too.

8.    The document has a coherent analysis of the expected growth in population and employment but problems occur because no geographically detailed analysis is presented of the current demand for travel and transport, and the state or performance of the road network today, nor any detailed forecast of how the network will perform and what will happen to congestion.

9.    The “smoothing traffic flow” agenda and modal shift are suggested as the means by which, in the future, the capital’s road network will offer efficient and reliable motorised journeys, notwithstanding significant anticipated growth in population and employment.
These may be worthwhile ambitions but no evidence is offered to demonstrate that they will make more than a minor contribution to solving the problem of deteriorating road network performance as population and jobs grow.

10.    TfL and its predecessor organisations have for years been focussed on maximising the efficiency of traffic operations in London: while there is undoubtedly more to be achieved with improved technology and sophistication of approach to signalling, the contribution this can make to the long term problems is small.

11.    The Foundation supports the measures to ‘smooth traffic flow’ and to promote modal shift, but argues that neither the Mayor nor London as a whole should be under illusions that these measures will make other than a small impact on the steady worsening of traffic congestion and travel times which particularly affect businesses, economic activity and quality of life in London outside Central London.

Are the modal shift policies realistic?

12.    The policies and proposals set out in the Draft MTS are focussed on investment in the capacity of public transport and in promoting travel options that are claimed to minimise emissions and encourage the use of active and more sustainable modes within an enhanced urban environment. In so doing, the Draft MTS introduces the prospect of a further re-allocation of scarce road space.

13.    Despite proposed improvements in public transport capacity, the Draft MTS foresees crowding continuing, particularly with likely future funding constraints. Given their apparently high tolerance of traffic congestion and delay , for drivers there will not be significantly greater incentive than today to leave their cars at home and cycle or take the bus. The Draft MTS acknowledges the expectation of growth in vehicular freight movements and car use, with car remaining the dominant mode choice in Outer London. We doubt that the Mayor’s aspirations for congestion and emissions to reduce and journey times to become more reliable are achievable. This scepticism is not helped by the lack of meaningful data in the Draft MTS on the relative costs and benefits of policy or investment proposals.

14.    Increased demand for freight movement and servicing, and for trip-making in general by all modes arising from an increase in population and employment, when super-imposed on the capital’s saturated road network, seriously threatens its operational viability and resilience.
The goals and objectives of the Draft MTS with regard to network efficiency and environment simply are not credible without introducing effective mechanisms to control future demand for use of London’s scarce road space.

15.    The Draft MTS demonstrates that if the performance of the road network is not to be governed largely by driver’s tolerance of increasing congestion, with the waste and liveability issues that accompany that, the introduction of some mechanism for rationing the use of that space is inevitable. Differential pricing is perhaps the fairest and most flexible mechanism to achieve this: such a charging mechanism would incentivise the use of roads at quieter times, spreading the peak load and improving utilisation at times of currently low demand. The resulting revenue stream would be hypothecated to fund highway capacity improvements, alternative public transport provision and to enhance the public realm.

Addressing these issues in the Transport Strategy

The Mayor should initiate now through his Transport Strategy:
•    A comprehensive understanding of the importance of the road network, and of car travel and road freight transport in particular, to the economy and effective functioning of London outside Central London.
•    A presentation of the best forecasts of travel and transport demand on London’s road networks (as well as bus and rail), of the levels of congestion and slower journey speeds as London’s population and jobs grow
•    Identification of a range of quick-win, value for money road and junction  improvements schemes which, by focussing on known “hotspots”, can offer some hope of at least containing levels of congestion on the road network
•    Meanwhile, a strategic assessment of London’s road-space requirements for efficiency in the longer term, linked to a pricing mechanism that: manages overall demand; optimises network use across the 24-hour day; enables the locking-in of benefits of targeted investment, both in highway capacity improvements and in alternative public transport services; helps make carbon emission targets achievable; and raises new funds to make the Mayor’s spending aspirations more realistic.