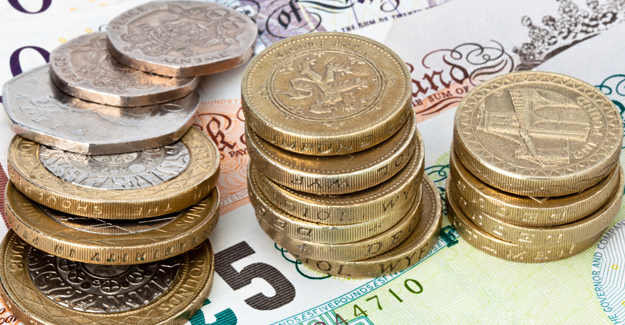 Motoring tax income to fall even as traffic rises.

Future Chancellors of the Exchequer will need to fill the hole in the public finances caused by a relentless decline in the amount of revenue collected from fuel duty and VED.

The fall has already started and comes even though traffic is predicted to grow strongly over the coming decades.

The collapse in income from motoring taxation will be caused by increasingly fuel efficient petrol and diesel cars, and the predicted large-scale take-up of electric vehicles.

Projections show the amount of fuel duty revenue collected by the Exchequer currently stands at 1.7% of GDP, but will tumble to 1.1% of GDP by 2029. Unless policy is changed VED will also drop – from 0.4% of GDP to 0.1% – over the same period. The combined fall will leave a £13 billion hole (in today’s money) in the Treasury’s coffers.

One way a future chancellor could make up the shortfall would be by lifting the fuel duty rate by 50%. To put this in perspective, £13 billion could also be raised through a rise of just over 3p in the basic rate of income tax.

Paul Johnson, the director of the Institute for Fiscal Studies, said:

“The current system of motoring taxation suffers from two significant problems. First, petrol taxation does not reflect the fact that the costs I impose on others vary dramatically according to when and where I drive. So many drivers, in rural areas for example, are effectivey over-taxed. But some, in congested urban areas, pay a lot less in tax than they would if they were paying for the costs they impose on other road users. Second, as cars become more fuel efficient the revenue from petrol tax will fall – eventually to close to nothing if we are to meet out climate change targets. A national system of charging related to mileage and congestion, largely replacing the current system of fuel taxation, would help solve both those problems.”

The remit of the Institute for Fiscal Studies is to promote effective economic and social policies by understanding better their impact on individuals, families, businesses and the government’s finances. Our findings are based on rigorous analysis, detailed empirical evidence and in-depth institutional knowledge. We seek to communicate them effectively, to a wide range of audiences, thereby maximising their impact on policy both directly and by informing public debate.

The Fuel for Thought – The what, why and how of motoring taxation report is available on the RACF website from the date of publication:

The figures from the Office for Budget Responsibility showing a decline in the amount of fuel duty revenue as a percentage of GDP are based on: inflation only increases in the rate of fuel duty; an annual 2.7% increase in the price of oil; and improvements in the efficiency of the vehicle fleet to 2030 as assumed by the Committee on Climate Change: http://budgetresponsibility.independent.gov.uk/wordpress/docs/FSR2011.pdf

In Budget 2012, the Chancellor announced:

“The Government will consider whether to reform VED over the medium term, to ensure that all motorists continue to make a fair contribution to the sustainability of the public finances, and to reflect continuing improvements in vehicle fuel efficiency.”

As well as raising fuel duty by 50%, a £13 billion black hole could also be filled by: