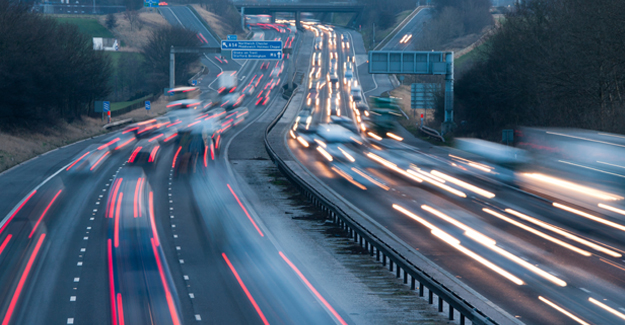 Only one in 16 people believe government would spend the money raised from a new system of motorway charging on the motorway network itself.

As ministers prepare to publish a consultation document on the reform of funding for the roads, a poll for the RAC Foundation reveals just how far trust between the British public and ministers has broken down when it comes to driving taxation.

As part of the so-called feasibility study ordered by the Prime Minister in March 2012, and being undertaken by the Treasury and the Department for Transport, one measure reportedly considered would see drivers paying an access charge, possibly of £100 per year, to use the motorway network.

In exchange all drivers – whether they used motorways or not – could get a reduction in fuel duty and VED.

The poll, by Ipsos MORI, shows that while 39% of adults believe a scheme based on usage would be fair, just 6% would trust ministers to plough the money raised through the charge back into the motorways.

The poll of 2,000 British adults also revealed that only one in eight people (13%) would support the scheme if a private sector firm was involved in running the motorways and deciding how money was spent.

“There are a thousand ways to word a question but the results of this survey seem crystal clear: however you ask them, the British public do not trust ministers when it comes to motoring taxation.

“You can understand why. Currently £33 billion is collected in VED and fuel duty revenue alone yet only a third of this is spent improving our crumbling road network. Why should people believe things will be any different under a new way of charging, whether it is an access charge or something different?

“We believe that one day some sort of pay-as-you-go charging scheme will have to be introduced. However this survey demonstrates just how far there is to go in re-establishing a decent relationship between voters and ministers when it comes to motoring matters. A good way to start would be to spend a larger share of the money already being taken from drivers on the road network.”

The RAC Foundation is a transport policy and research organisation which explores the economic, mobility, safety and environmental issues relating to roads and their users. The Foundation publishes independent and authoritative research with which it promotes informed debate and advocates policy in the interest of the responsible motorist. The Foundation is a registered charity.

Ipsos MORI interviewed a representative sample of 2,017 members of the British public aged 16-75. Interviews were carried out online between 31 May and 4 June 2013. Data are weighted to be representative of the population.

The full results of the Ipsos MORI survey are available here:

An RAC Foundation summary of the survey results is available here:

In March 2012 the Prime Minister made a speech on infrastructure funding on 19 March 2012: